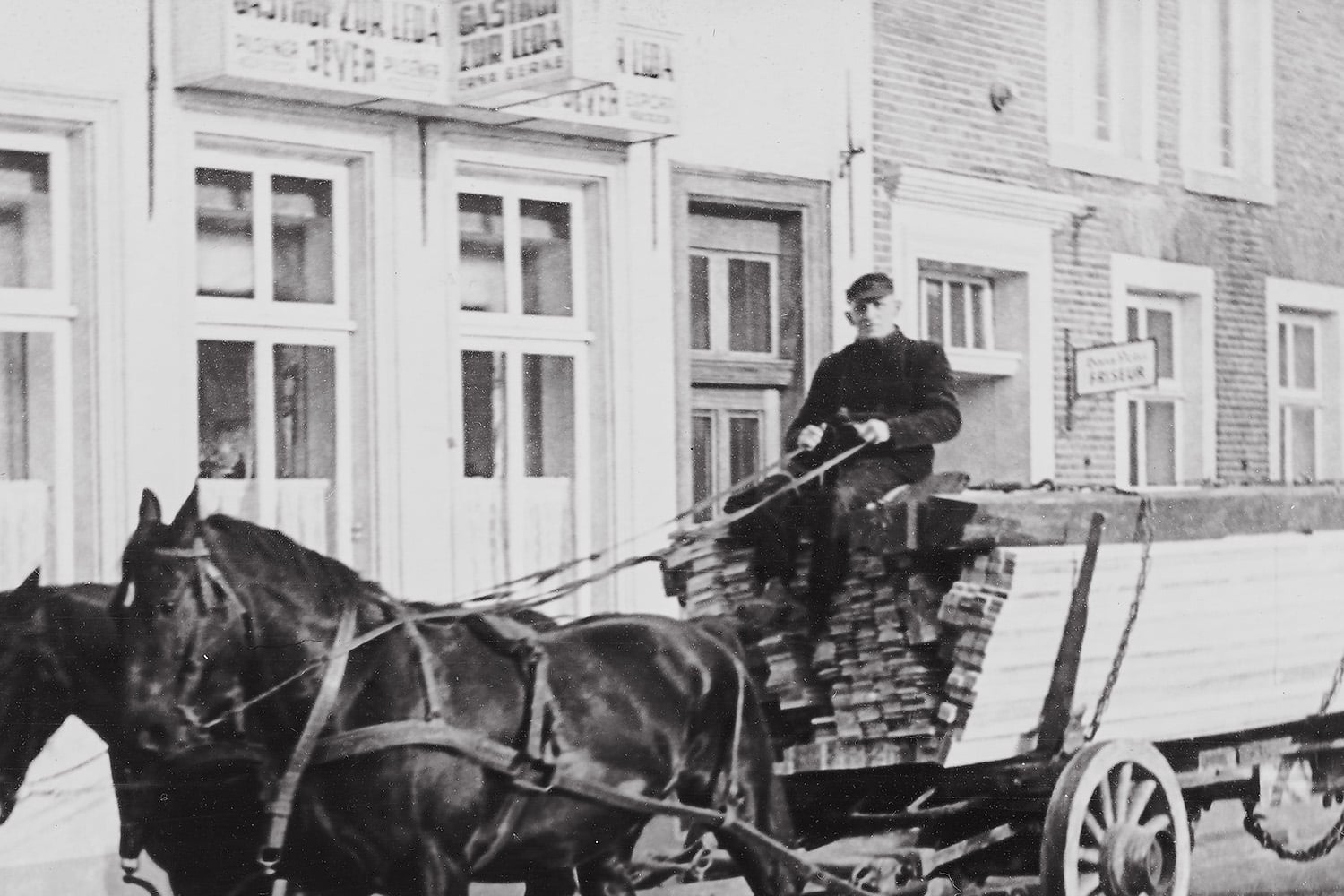 The consequences of the Napoleonic Wars – trade blockades, confiscations and payment defaults – also hit Garrels hard. One solution lies in the separation of the business divisions. The widow of the company’s founder, who dies in 1801, takes over the export business with groceries in 1814, while her eldest grandson runs the timber side of the company.

The new railway lines to Westphalia, Oldenburg and Groningen open up new markets for Garrels from the middle of the 19th century – especially in the Rhineland. The company builds a new timber warehouse where imported wood from Scandinavia can be stored. These close links with Northern Europe even earn the managing director his appointment as Norwegian-Swedish consul.

At the end of the 1880s Garrels starts a great wave of modernisation: a new planing mill is built, which enables the company to process untreated timber itself. This makes it possible for Garrels to avoid the duties that are payable on wood that has already been planed – and thus make more profit. The company also acquires new land and can open its first branch on the island of Norderney.

But in 1891 disaster strikes: a fire destroys the new planing mill. The company is forced to move to Sägemühlenstraße (Sawmill Street) – its present location. There the planing mill is completely rebuilt and a new pier for loading timber is built. However, the unprotected location of the new site becomes a problem when it is flooded by storm tides in 1898 and 1901 – shortly before the loop in the Leda river is dammed up to create a tide-free harbour. Garrels‘ facilities and stocks are destroyed. Again it’s time for reconstruction! In the course of this reconstruction Garrels also receives two links to the port railway. A time of renewed growth is dawning …

As time goes on… 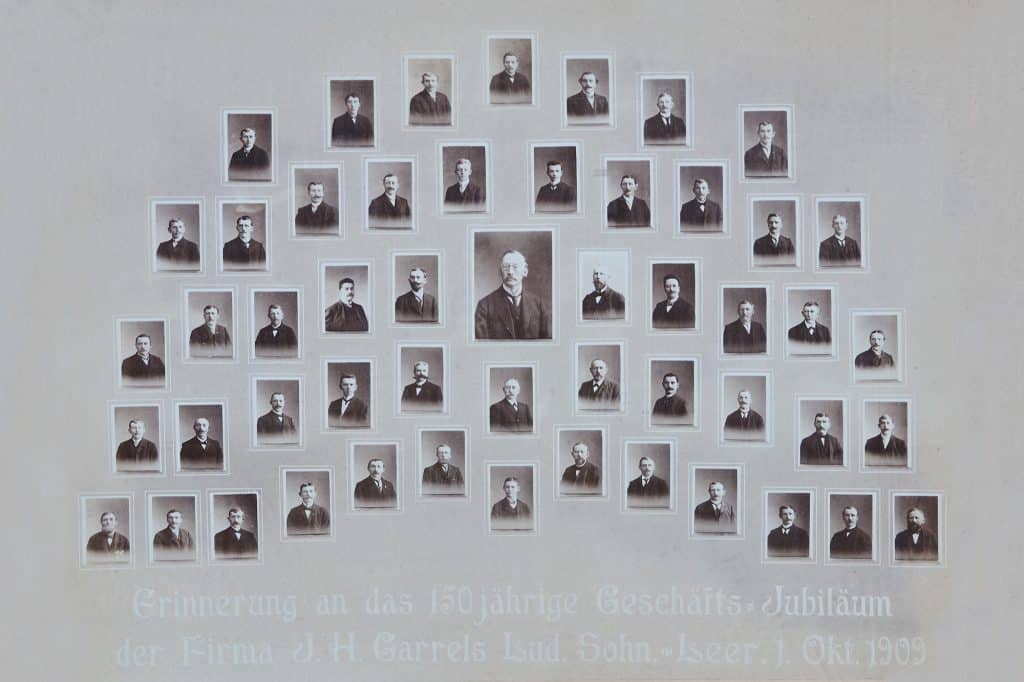